Someone once coined the phrase “time marches on”, and now we use it for just about any circumstance to relate where it makes convenient sense to do so. Everything in our lives is based on some crazy time-schedule. When you think about it, almost every moment of every day is described by some form of time measure. It is a broad as it is concise and as liberal as it constraining. As we move toward this holiday weekend, I am reminded both of how precious it is, yet how unyielding it may also be.

A dozen years have passed now as this weekend marks the anniversary to one of the most poignant markers in our family journey. Together, we four changed on this upcoming weekend, forever.  I sometimes wish we had we shot video content for each of us going into this one some twelve years ago and then again coming out of it. Had we done so, I am sure we might have looked somewhat differently over those four horrific days. We just hadn’t known it was going to be the beginning of the end for us in so many different ways. It all happened so fast yet dragged on so slowly.

The person you know now as an international motivational speaker and the award-winning author was born this weekend as a result of a shadowy haze of turmoil, disbelief, and medical childhood repugnance. We were introduced to pediatric cancer as it feasted relentlessly on our two-year-old baby boy before our very eyes. I’ll never forget hearing the news on May 23, 2008. It was the day our family unit as we knew it, became fortified.

We became stronger and we learned how to fight. We learned how to never lose faith in spite of listening to a constant refrain of insurmountable odds shouting in our ear each night, telling us not to bother doing so. In 2008, we took on the forces of evil. So strong, we underestimated its’ hidden influences. Not only was it trying to claim the life of my son, but Cancer also wanted a small slice of forevermore from each of us. Unwillingly, we eventually offered it up in trade to the beast that summer as well.  It is why I refer to these last days of May as representing the beginning to our end. Time has passed but those days remain on, as a constant reminder to who we once were, and to who we now are.

Fast forward twelve years later and life is truly wonderous right now. Sure, we are in the middle of a global pandemic, most haven’t worked for 8 weeks and we sit at home by ourselves in quarantine each and every day. It is all factual and real. But big picture thinking here as I type each day in solitude… here within me is a twelve-year collection of wisdom, balance, and purpose now. You cannot set a price on those three. When one has the platforms as I do, to leverage many of life’s lessons using each of them as a benchmark for hope, it is incredibly fulfilling. For this, I consider myself blessed. It has been twelve years of giving back, and “that ain’t bad” at all. In fact, it’s just awesome to be able to so. Offering up any or all of these three in the form of perspective to one person at a time is pretty rewarding.

In reality, over twelve years’ each of us has a story that may need to be told or shared. We possess a wealth of messages waiting to be delivered. In our headspace, is an incredible moment of clarity to what is important in life, and what should be dismissed in terms of relevancy towards seeking happiness and content. A dozen years of storytelling just waiting to come out, be impactful, or simply processed internally by its’ creator.

Regardless, it is important to use what sapience we may have gained through the years as a means for helping others or to simply reflect upon our own individual places in life. I’ve learned since 2008, stories and experiences we may not think have any relevance to someone else, may be the final missing piece to be placed in their puzzle of understanding. You just never know, right? Writing and speaking on stage are my outlets to share. Truthfully, they are both as much for me as for anyone who I am fortunate enough to have listened or read.

Life as we knew it changed a dozen years ago. Wrestling with the reason as to why it happened, is useless. Telling the story about how we dealt with it, what we learned from it and how it changed us forever… is its’ true purpose for happening. Without purpose, we have no reason, and without reason, we have no direction. For me, I have been fortunate to unlock the door to many of my questions hidden behind it. It has taken me twelve years to get there. For others, you simply need to search for the key somewhere in your experiential memory bank.

Cancer rushed into our lives and violently battered down the front door to our slightly imperfect home that spring.  I recall the day as if it were yesterday. We had been told in so many words the notion of “hope” as it related to our diagnosis, was merely four letters being wasted. The phrase “keep him comfortable” ruled the holiday weekend. Stacey and I began rewriting our own history forever.

Twelve years later… Kaden and Aryn and I, won’t even speak about any of it this weekend. Those days in 2008 need to remain part of our past but will still remain a part of our future in some way. We are unique, because of them. And we are truly gifted because of them too. Who knew many years ago, life would become so complex- yet so concise in terms of its’ purpose.

Funny, it took the horror of Cancer to acquaint us with the concepts of Faith and Perseverance back then. And a dozen years later here we are, still reflecting upon them both.

Maybe in this regard, time actually does stand still. 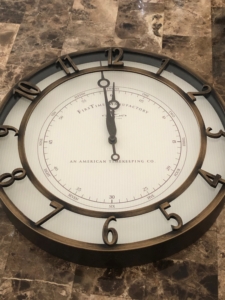 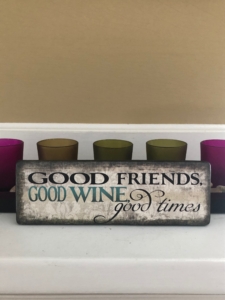 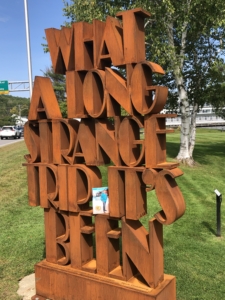 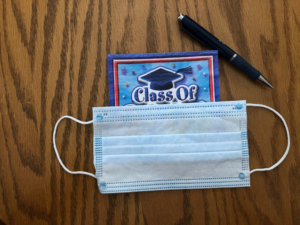