It took me some time to get up the courage again. To find myself in the proper headspace to go back to a place where, in some respects, it all began for me.  I guess perhaps this time, for some reason it was right for me to get there, I really don’t know. Thoughts raced in my head as to why I shouldn’t go, each one purposefully standing front and center on the stage to plead its’ case for me to turn back around and drive home. To no avail, there was no turning back. On this particular day, it absolutely was…all or nothing.

I had only been able to get there one other time on this same night. Though the circumstance was pretty difficult, it happened, and I found myself remaining there in tears for several hours that last time. I stood there in the snow,  speaking to the winter nightscape as a very young man who had just lost what seemed to be everything. It was certainly my darkest night that I had ever had, that was for sure. So, why the hell would I go back again?

I asked myself that question for several days leading up to this particular one, but the answer was vaguer in my mind than clear. In a funny sort of way, it seemed as though my heading back, NEEDED to happen this year. “Why put myself through it all again”, I quizzed myself as I drove by the snow-covered trees on my way to certain sadness. I’ve never operated in a self-calculated kind of way but without too much trepidation, I persisted on my mission. Simply because it was time, after all of those years had gone by.

So many emotions had passed, so many things to share, so many memories made, so many memories lost. Would I talk fast to get it all out, would it be more casual, would it be calculated and deliberately stated, or would it just flow naturally? And then, in an extremely strange and disturbing thought process, my racing mind even questioned if he would recognize me after all of these years. Maybe I was making a huge mistake. I continued on along by the water making my way closer to him. I was nervously gripping the cold steering wheel.

The east-facing entrance to his place had the chain drawn across, so I quickly turned my blinker off and headed around to the main entrance. It too hadn’t been plowed at all so my vehicle upon turning in, slowly made the crusty snow become apparent to my ears. Clearly, no one had been this way recently either. Again, another chain had been pulled across the way as if to say “I wasn’t welcome on this day”. “No chain was going to stop me”, I considered to myself. I opened the car door and decided to walk from there, screw it.

Based on the time of day considering it was the dead of winter, it wasn’t a warm one by any means, but it certainly could have been a much colder walk than it was. I felt like the one character in a certain holiday animated Christmas special where I too, found myself “putting one foot in front of the other”. Each step made a cracking noise. My boots gently broke through the frozen crusted layer of ice and snow, one after the next, and on and on. Before turning right to proceed, I glanced back at my handiwork in the snow. It was sad. My steps were the only ones that had recently gone there. Why was there not more tracks throughout the snow to visit loved ones here? Particularly at this time of year. So many people to visit.

If anyone needed to find who the owner of the parked Mazda CX-9 was, all they needed to do was to follow the prints in the snow. It was just that easy and also just that heartbreaking. I was alone there, all alone…yet again. The calm quiet around me, was eerily the same as I recalled it have been the last time. This time, I was a grown man with three decades of stories to share.

I stood there staring down, trying once again to make sense of my life and all that has happened since my last performance. I briefly became paralyzed in thought, as I fought back the first round of saltwater in my eyes. What if he was mad at me or disappointed in the man I have become.  What if I let him down?  Or, what if he been following along on my journey and had actually been the one giving me the strength to carry on after being down so many times in the last thirty-one years. Who was this man to me now, and who was I to him?

What had changed in three decades between us? Did he realize I had been to hell and back since the last time we had actually spoken? It was once again, a completely one-sided conversation with no answer’s forthcoming to any of my posed questions at first. In that respect, it was again exactly the same as it had been before. I’m not sure how I expected it to be any different this time anyway. What I had known was; if this trek in the snow to see him had not happened, this Christmas would not have felt right for me. It was my purpose this holiday season, to see him again. He was still my dad this fact hadn’t changed at all.

Surprisingly the biggest difference this time was that strangely, I felt a calming sense of contentment.  Actually, I was at peace with him for the first time in thirty-one long years. I always had resented the fact he left us all so abruptly. There I stood a father of two, now older than he had been when he passed away.

Standing there, I imagined his horror as he realized it to have been happening. He knew he was leaving us, and he was helpless to change his fate. But on this day, unlike the last time… I understood it all. My child and I had been given a second chance, one that he was not afforded. It became clearer to me that morning, then at any other time. He opened my eyes to remind me to never lose sight of our gift, in his own way.

A strong wind picked up and blew the snow all around us for about seven or eight seconds and then relented. As it did, in addition to finally being able to let go, I also knew my dad was proud of me. Somehow, I just knew it. He had been waiting to tell me. I felt him as I hunched.

On this Christmas Eve, everything was different, he too was at peace. I allowed the streaks to flow down my cheeks again because this time unlike the last,  I had the answers to all of my questions. He had done all the talking.

I traced my steps in the snow back to my car and went on my way.

Until next time Dad, Merry Christmas. 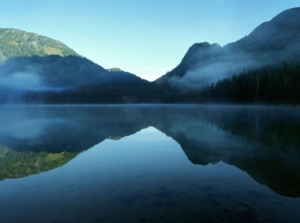 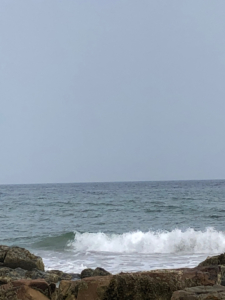 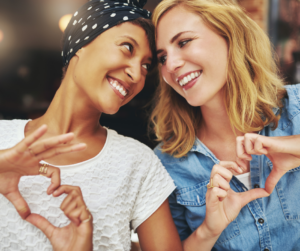 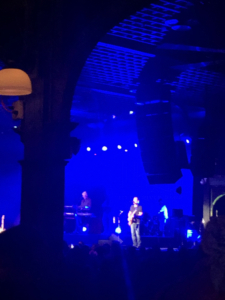 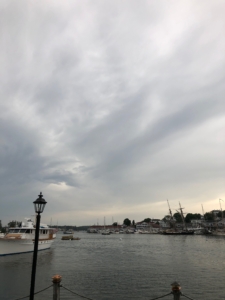