After careful contemplation before writing this blog, I preferred not to highlight what we already knew about the year, but rather underscore what we may have realized from it. With every thunderstorm, there is also eventual sunlight.

We stand on the verge of saying “goodbye” to the old while standing collectively with arms stretched forth to embrace the new. It might have been quite expected to compose a final blog for Dec using the negative backdrop that was 2020. The year most would want to forget altogether, brought turmoil to the world in so many ways. What fun is it to read more about the pain, angst, unrest, confusion, and uncertainty with which we all have found familiar for the last nine months?

January began with building frustration for me as it related to my first book being published. Due to a series of miscommunications and assumptions, the date for it to finally come to printed fruition, moved back collectively almost 90 days into March. In short, I lost all of the pre-booked speaking and signing appearances due to these delays. (To date, they haven’t yet returned). Pleasingly, the final version came out better than I could have imagined. The hiccup afforded me additional unplanned time to make a critical revision. Now I say “to hell with deadlines” as it relates to this next one.

Time  has taken on new meaning, goal setting, preparation, and revision have all become the new norm. Today, we better understand that tomorrow is unpredictable. What we anticipate is not always what is delivered.

My son walks a razor’s edge of medical misfortune with varying degrees of consistency. Though we endured our fair share of typical  ups and downs, nothing faced came close in terms of intensity to what many others felt due to the pandemic. One simply needed to turn on the tv to realize how fortunate we  were, as compared to so many others who succumbed to the scourge of a rampant virus. Compassion breathed new life.

A  year that gifted pain and emptiness to so many unsuspecting families. I’ll happily accept another filled with diaper changes. While the mortality of Kaden always holds a daily place in our hearts, we are blessed to have been afforded another with him. Countless amounts never even had a chance to say “goodbye”. We all witnessed how precious moments,  truly are.

Loneliness, empathy, and compassion seemed some of the largest markers brought upon us all. While some complained about staying home, hospital kids wanted nothing more than to be there. Then too, the aged and frail sat hopelessly scared alone for a time. Amazingly, the efforts of others became apparent via new technology to bring some familiarly to their plight while offering up distant faces and voices for the first time this way.

While writing has always been cathartic for me anyway when you cannot leave the house but for emergencies, it slowly assumed a new role in my world. What I had been penning in my mind with regularity, turned into a structured blog composition reality. Not because I had set it as a goal for the new year, but because I realized people needed to read some perspective stories, tales of reflection, and take a wild journey through the crazy mind of a creative writer. I offered them up as a way to lift others, while also doing so for myself. With subscribers in some twenty countries later, it worked. Who knew? Strangers leaned upon one another.

Getting ready to flip the pages and close the final chapter, I do so with a mix of relief and with a feeling of accomplishment. I have learned a lot more about resolve, failure, persistence, obstinance, and most importantly – myself. I have faced new obstacles and pivoted accordingly from the familiar ones.

While embarking upon any new life journey, focus not on what you expect to happen, but rather on the thrill of what it may bring forth to you along the way… and in the end. I now understand thanks to 2020 my purpose is to be nimble not calculated, flexible not fixed, and thankful rather than expected.

Had it not been for this unbalanced 12 months, I cannot say with clarity how the past 365 days may have turned out. But one of the greatest lessons I have  been gifted is the understanding perhaps it was always meant to be this way. We get what we get, and then learn to adapt, adjust, and create. Regardless of the challenges, something good may always be found within them. Look for the lessons.

What a year indeed. 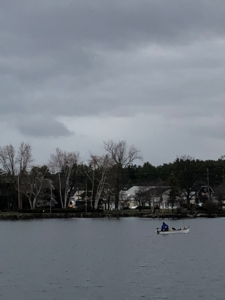 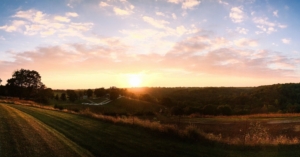 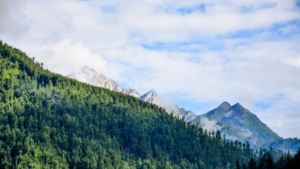 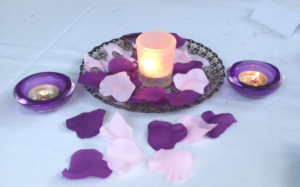